NASHVILLE, Tenn. (WKRN) – Winter is coming. While the official arrival of the season isn’t until December 21st, late fall is offering up a taste of what’s to come.

Middle Tennessee is generally spared the misery of long stretches of bone-chilling cold and heavy snowfall, but the area is known to get an occasional arctic gut punch from Old Man Winter.

A review of records kept by the National Weather Service office in Nashville tells the wintry tale. The lowest temperature on record in Nashville is minus 17 degrees Fahrenheit, occurring on January 21st, 1985. Turn the clock back more than a century for the lowest high temperature recorded in winter, when the thermometer only managed to reach 2 degrees on January 12th, 1918.

Snow is winter’s signature, though. The numbers for winter precipitation offer up some statistics that could conjure up visions of stockpiling bread and milk. The most snowfall in 24 hours in Nashville came on March 17th, 1892, when 17 inches fell.

The Music City was basically spared from the 1993 winter “Storm of the Century,” with 2.8 inches of snow recorded. But communities to the east saw mind-blowing snowfall totals. Jamestown, in Fentress County, received 26 inches of snow during the March 12-14 event.

Coping with snow and ice is an evolving process across Middle Tennessee, as the Tennessee Department of Transportation, individual cities and school districts constantly review procedures and policies. The News 2 StormTracker team is taking a closer look at new plans and upgraded tools for winter weather preparedness. See special reports all day Wednesday November 13th in every newscast. 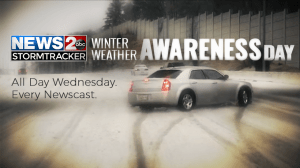 NASHVILLE, Tenn (WKRN) — Living near the Nashville Fairgrounds Speedway comes with an understanding, there is going to be some noise.

But an agreement between Mayor John Cooper and the Bristol Motor Speedway could make things a lot louder for nearby residents.

NASHVILLE, Tenn. (WKRN) -- "Mothers Over Murder" is demanding a change after a 3-year-old girl was killed on Monday night from an exchange of gunfire in North Nashville.

The 3-year-old was one of four people to be shot, the others were sent to the hospital for their injuries.

RUTHERFORD COUNTY, Tenn. (WKRN) -- More than 20 turkeys were found killed and dumped into a creek in Rutherford County.

The birds were allegedly found with their breasts cut out. Sources tell News 2 the TWRA is investigating the incident.

16+ to receive Pfizer vaccine, but not recommended for all teens

What’s the hold up for herd immunity in Tennessee?

‘A tornado of flames’: A look back at the Great East Nashville Fire of 1916

‘This is a dangerous job’: Wounded Metro officer in ‘good spirits’ after deadly shootout

From hog farms to septic tanks, Lawrence Co. family has been searching for their son since 2016

2 charged with attempted murder after woman shot in Madison

Alabama school employee charged with production of pornography with minors