THE RETALIATORS In Theaters Today via Better Noise Films

NEW YORK, Sept. 14, 2022 /PRNewswire/ -- Horror-thriller feature THE RETALIATORS, from Better Noise Films, producers of The Dirt, and US distributor CineLife Entertainment, alongside international distributor Trafalgar Releasing, are releasing the independent feature film across North America and in theaters internationally, in countries including UK, Canada, Germany, France, Italy, Mexico, Australia, and Argentina, simultaneously. Garnering a 100% rating on Rotten Tomatoes throughout its 2021-2022 film festival run across the most prestigious horror film festivals, the film centers on an upstanding pastor, who uncovers a dark and twisted underworld as he searches for answers surrounding his daughter's brutal murder. The theme for the story was inspired by real-life events. Writers Darren Geare and Jeff Allen Geare came up with the idea after their sister Jody Geare was brutally assaulted while walking home at night. It begs the question if you could have a minute alone with the person who killed your loved one…would you take it? 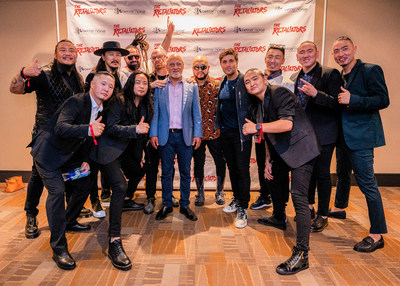