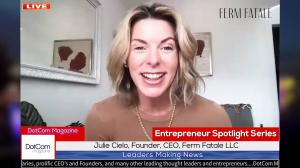 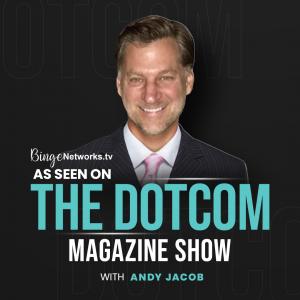 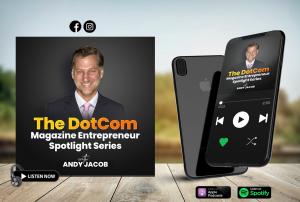 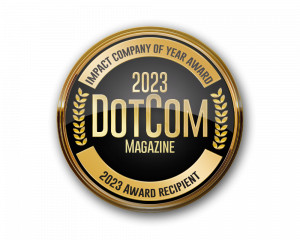 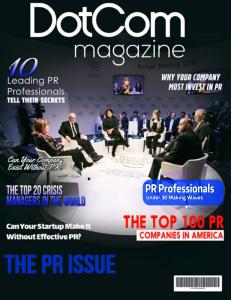 Julie Cielo is more than just the fearless founder and CEO of Ferm Fatale. She is a driving force behind the fermented foods and Non-Alcoholic beverage movements. What an eye-opening interview!”
— Andy Jacob, CEO, DotCom Magazine
SAN FRANCISCO, CALIFORNIA, UNITED STATES, January 24, 2023 /EINPresswire.com/ -- Andy “Jake” Jacob, CEO of DotCom Magazine interviews Julie Cielo, Founder and CEO of Ferm Fatale LLC for the Magazine’s Entrepreneur Spotlight Television Series, which is featured on The Binge Networks TV Channel as featured on Apple TV, Amazon TV, Sony, ROKU, Samsung, LG, and many others. Julie Cielo joins other leaders selected by the editorial team of DotCom Magazine to be interviewed on the top trending show.

Ferm Fatale is the world's ONLY wildly fermented zero-proof cocktail in classic cocktail flavors--Sugar free and non-alcoholic gut-healthy alternatives. Ferm Fatale was birthed in 2015 on stage at BevNet Live Start-Up Beverage of the Year Showdown as the only pre-market competitor when the term 'social beverage' was introduced to the industry by Julie, helping forge a global movement around 'alcohol alternative' options. Julie was inspired after feeling 'left out' of the party in her 20's when she couldn't have alcohol which spurred the idea 15 yrs later. She pitched the idea to seed investors back in 2014 but it wasn't until 2019 Ferm Fatale made it to the shelf at Erewhon Markets in LA, later launching DTC with www.fermfatale.com January 2020. As we all know a global pandemic happened shortly after, but Julie was invited back to the BevNet side stage again Winter 2021 in Santa Monica showcasing a secondary line of fermented tonic waters, talking about how starting a new category has come with it's challenges, especially as a woman. Julie has now raised over a million dollars and took the company through a total rebrand recently, focusing on the core line, reformulating, and repackaging from glass to 8oz sleek cans. The brand relaunched Oct 1, 2022. Julie has been a big part of what is currently a $739M industry and the fastest growing segment of food & beverage in the world right now. As we all know, startups aren't for wussies.
Julie Cielo joins other leading CEO’s, founders, and thought leaders that have participated in this informative and popular interview show. In the interview with Andy Jacob, Julie Cielo discusses the newest offerings of Ferm Fatale LLC, what makes the company different than other firms, and shares thoughts on leadership and entrepreneurship. Julie Cielo joins other leaders building strong and compelling companies that have been invited to participate in the exclusive series

Andy Jacob, CEO of DotCom Magazine says, “The interview with Julie Cielo was amazing. The success of Ferm Fatale LLC is a true testament to their team and their people. It was a real honor to have Julie Cielo on the video series.

Andy Jacob says, “It’s the goal of DotCom Magazine to provide the absolute best in what entrepreneurship has to offer. We have interviewed many of the world’s leading entrepreneurs in their respective field. It takes amazing leadership to build a company like Ferm Fatale LLC. There are so many powerful and talented entrepreneurs throughout the world, and I am extremely fortunate to interview the best of the best. I always come away humbled by how many talented people are building amazing companies. As we scout the world for interesting entrepreneurs and companies, it is always a wonderful experience to meet leaders like Julie Cielo who are forging an incredible path for others. At DotCom Magazine, we believe entrepreneurs are the heartbeat of the world. We believe it is a world where risk takers must be lauded, saluted, and respected. Successful entrepreneurs get up every morning and give an amazing effort. We salute the business leaders of this world like Julie Cielo”.