Mustang Secrets Beyond the Himalayas is now streaming on Tubi 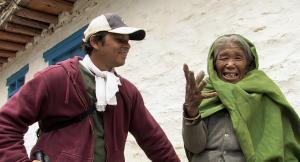 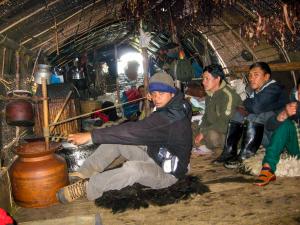 Nepalese people's dedication to preserving their culture and practicing their spiritual beliefs is inspiring. I wanted to capture and share these stories honestly and with empathy.”
— Jaswant Dev Shrestha
HOLLYWOOD, CALIFORNIA, USA, January 24, 2023 /EINPresswire.com/ -- A 90 minute feature documentary film that explores Nepal's hidden culture, festivals and natural beauty of Mustang, a remote and little-known region in the Himalayas, titled "Mustang Secrets Beyond the Himalayas" is now streaming on Tubi. The film is directed, hosted and narrated by Emmy Award-winning filmmaker Jaswant Dev Shrestha, and follows his journey through the remote villages in the Annapurna Himalayan Region. He treks the famous Annapurna Circuit Trek to Thorong-La Pass and goes beyond the trekking route to capture local lifestyle and some unique festivals.

"Mustang Secrets Beyond the Himalayas" offers a rare glimpse into the lives and customs of the people living in the Annapurna region of Mustang. Through stunning footage and in-depth interviews, the film delves into the ancient traditions and rituals of Mustang, highlighting the region's unique cultural events, and spiritual practices such as the Yarthum - the famed Horse racing festival, Metha (The Archery Festival), and the Yak blood drinking festival where hundreds of Nepalese people from all around Nepal and abroad gather at the base of Niligiri Mountain, believing that by drinking the Yak blood they can eradicate their illnesses.

"Nepalese people's dedication to preserving their culture and practicing their spiritual beliefs is inspiring." Jaswant Dev Shrestha, Director and Host, had stated, "I wanted to capture and share these stories honestly and with empathy."

Mustang Secrets beyond the Himalayas is also streaming on APPLE TV and Amazon Prime Video (TVOD).

Creative Heights Entertainment is thrilled to bring this incredible story to audiences around the world. Don't miss this opportunity to discover a hidden world beyond the Himalayas.