Mazda confirmed Tuesday that the 2023 MX-30 EV will arrive in California dealerships this spring.

Earlier this week, Mazda confirmed that a rotary-engine range-extended version of the MX-30, called the MX-30 R-EV, will be detailed this Friday, Jan. 13. It hasn’t yet teased any other details, however it revealed a clever new logo for the variant that incorporates the shape of a Wankel-engine rotor.

It appears any U.S. arrival for the R-EV is on hold. A Mazda USA rep told Green Car Reports: “Globally, Mazda introduces models and powertrains to markets based on a multi-solution strategy that considers regional differences in energy production, environmental regulations, and customer needs. In the U.S., we’re currently focused on electrifying our upcoming CX-90 and CX-70 that will debut this year.” 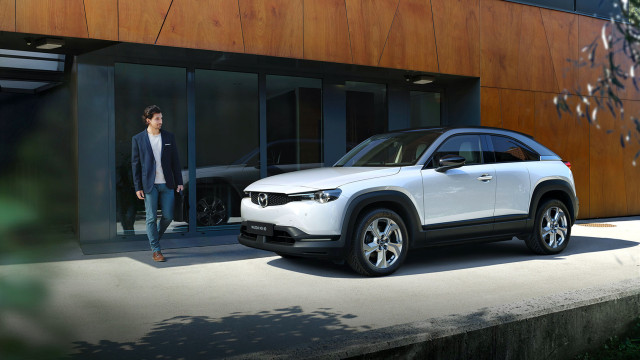 The MX-30 is Mazda’s first electric vehicle, and at the time of its introduction as a 2021 model, Mazda said that it would be made available in other states in 2022. But Mazda confirmed to Green Car Reports that it would once again be sold only in California for the 2023 model year. 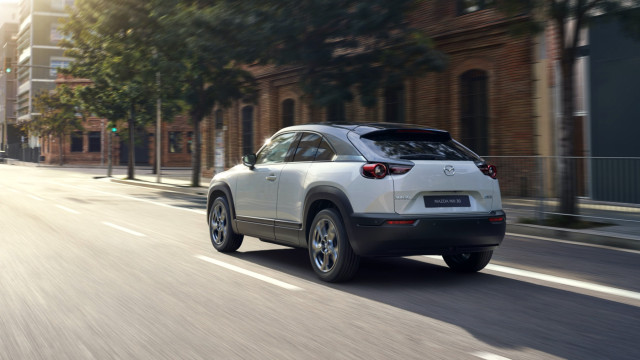 So far Mazda has only been selling the MX-30 in California, and after a very limited 505 initial units arrived in the U.S. and sold—making it supercar-rare—Mazda was mum on whether or not more would arrive or whether there would even be a second model year for the MX-30 at all.

Mechanically, the MX-30 carries over with its single front motor producing 143 hp and 271 lb-ft of torque, a 35.5-kwh lithium-ion battery pack, and an EPA estimated range of just 100 miles. The range-extended rotary version is expected to use a small Wankel rotary engine in a series hybrid configuration, meaning it will only drive a generator that feeds power back to the battery and drive system.

The Mazda MX-30 EV offers quirky packaging, with wide-opening rear-hinged rear doors, but it doesn’t pay dividends in real-world usability. Even though its exterior dimensions are close to those of the gasoline CX-30, the MX-30 EV somehow offers far less usable passenger space.

The MX-30 is unlikely to qualify for the federal EV tax credit as it’s built in Japan and the new credit requires North American assembly. However, due to a loophole in the related Commercial Clean Vehicles credit it might qualify for broadened tax-credit-enabled lease deals—something Mazda might consider if it decides to expand availability anytime soon.

President Biden to end COVID-19 emergencies in May

‘This is about as low as you can get’: Police searching …